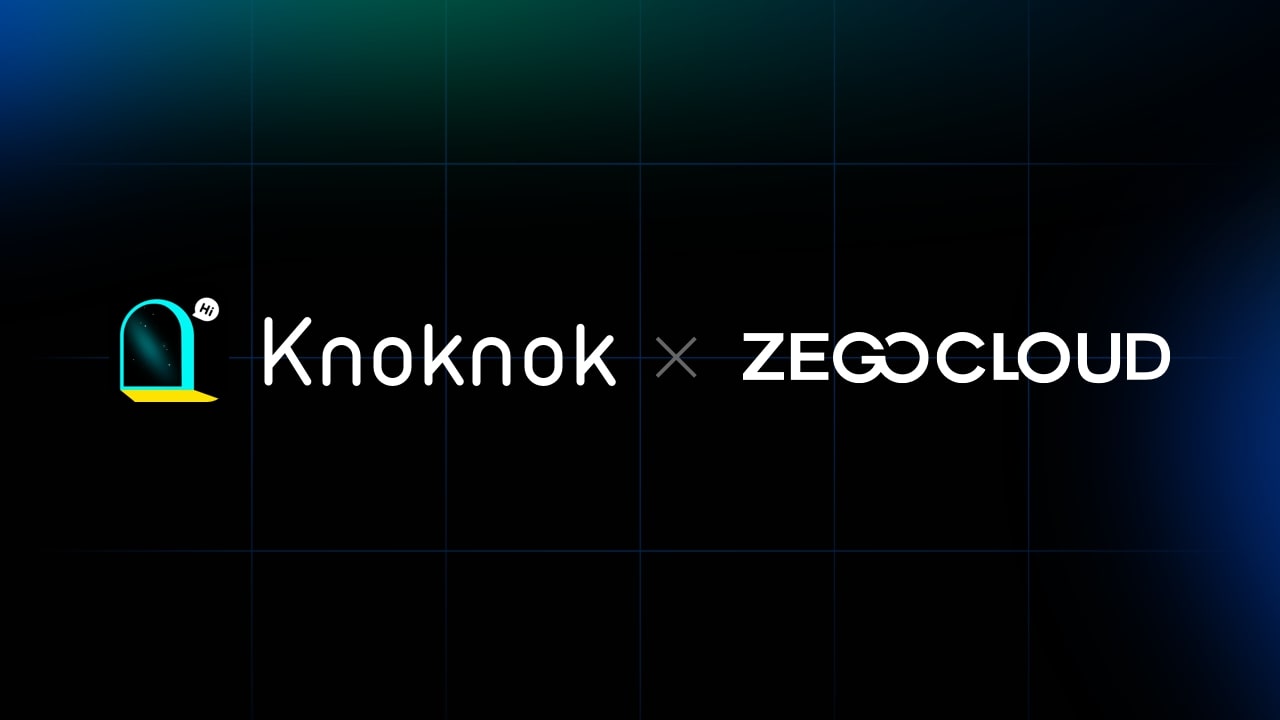 Surrounded by tropical beaches, sweet coconut, and sunny days, South East Asians have plenty of choices to enjoy their spare time and life. However, covid-19 pandemic changed the youngest generation’s behaviors, turning their eyes to cyberspace. And here’s where Knoknok social platform has found people’s attention.

Covid-19, the timing for Knoknok success

Knoknok is a social media platform for dating that figured out its way to woo its users by voice chat room with games. Voice chat rooms provide users with a means of instant chat, able to replicate the natural intimacy that voice conversations can create.

Being new, the Knoknok social platform has been rising rapidly thanks to its sophisticated and elaborate operations, finely designed gaming content, and powerful technologies. People in the field may wonder who is the team behind it.

Knoknok was started more than one year before the pandemic by a team of serial entrepreneurs. With less than a hundred people, their team has created a social platform with a million user base.

Overall, the total time length of voice chatting has increased by 25%, with a surprisingly high user retention rate and average online time.

Knoknok focuses on its target markets—Southeast Asia and the Middle East. It has completed several financing rounds and is poised to make a giant leap in 2022. Although Knoknok is still an emerging platform, its growth rate is steady and eyeball-catching. Meanwhile, it has managed to maintain its cost at a relatively low level.

Knoknok’s model solves some issues commonly faced in the field, i.e., the high cost to acquire user traffic has undermined the profitability of social platforms.

There are two types of chat rooms on the platform:

Just like music, games are the standard language for people from different cultures and constitute the ideal icebreaker to start a conversation. Furthermore, users tend to spend more time on the platform, thus enhancing a platform’s monetization ability.

Regarding monetization, there are two approaches:

1) Virtual gifting
Users can send virtual gifts, which they need to purchase with money, to their favored hosts or co-hosting participants. The platform takes a share of users’ spending on gifts as revenue.
2) Gaming payment
Users need to pay for the games they play in a pay-per-play manner, another source of revenue for the platform.

Knoknok social media platform has paid great attention to its user experience. Different parameters can measure UX, such as the smoothness, latency, and voice quality of users’ voice conversations.
Since the real-time voice experience is the main thread that goes through the whole user journey, it is paramount to ensure that users can enjoy broadcast-grade audio quality in their voice chats.

For this reason, Knoknok has chosen ZEGOCLOUD as its technology partner for voice chat rooms and gaming content. Terrific user experience has been a decisive edge enabling Knoknok to outcompete its competitors.
In Knoknok’s voice chat rooms, users can expect a group voice chat experience with a voice quality comparable to face-to-face conversations.

Knoknok social media platform covers more than 30 countries in Southeast Asia and the Middle East, where the quality of telecommunication networks can be challenging.

ZEGOCLOUD has deployed thousands of servers on public clouds with more than 500 BGP nodes to construct a layer of proprietary transmission network called MSDN, covering more than 212 countries and regions worldwide.

For example, to transmit data between Manila and Kuala Lumpur, the RTT will be about 300ms if data packets go through routes on public networks. It will be reduced to about 100ms if MSDN accelerates data packets.

Optimization of transmission over a congested network

ZEGOCLOUD adopted a real-time transmission framework and sophisticated strategies to improve QoS, even when 80% of the packets are lost.

Knoknok’s users are delighted to enjoy a smooth voice chat even when the wireless signal of their smartphone is weak.

Regarding the end-user devices in different countries in Southeast Asia and the Middle East, there are many mobile hardware models and customized versions of the Android OS.

Most of them are low-end smartphone models with poorly designed acoustical architectures, and those personalized versions of Android OS might have degraded compatibility. It is challenging to fine-tune acoustic echo cancellation algorithms (AEC) and automatic noise suppression (ANS).

ZEGOCLOUD has done a tremendous amount of optimization of its products for over more than 20,000 models of end-user devices.

ZEGOCLOUD has developed a proprietary voice engine with AEC, ANC, and AGC capabilities to proceed with voice data.

The voice engine supports full-band (from 16k Hz to 48k Hz) voice processing. It achieves ultra-high fidelity of voice through various technologies, including:

Regarding the echo cancellation algorithm, the challenges of single-talk and dual-talk scenarios are quite different. ZEGOCLOUD’s voice engine can recognize either method preciously and handle them respectively.

ZEGOCLOUD also provides high-quality mini-games that are fit for voice chat room scenarios as value-added services to its clients. Knoknok has integrated three mini-games in its group chat rooms offered by ZEGOCLOUD.

In the last seven years, ZEGOCLOUD has served more than 4 thousand clients globally, including big names such as Live, Uplive, Oasis, Yalla, Starmaker, Mico, and Blued.