A Global Mega-hit Sparks The Revival Of Party Games 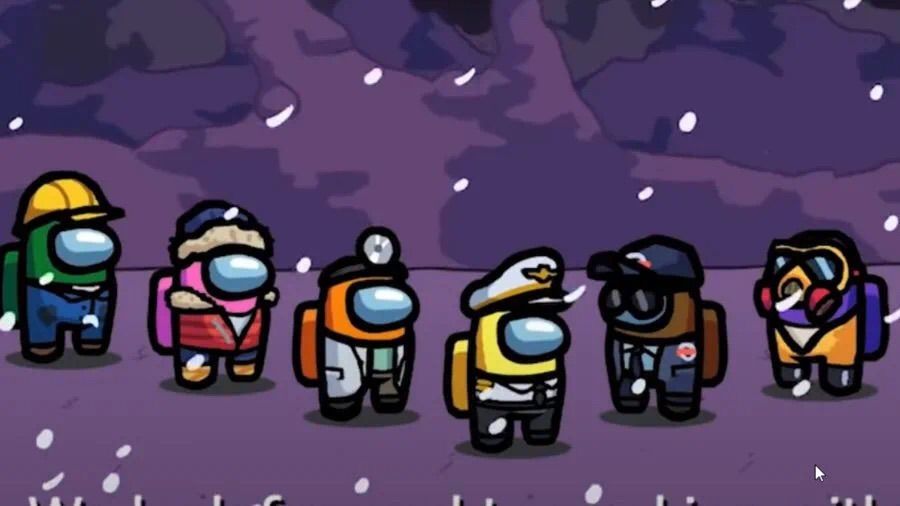 Among Us Is Taking the World by Storm with Real-Time Voice Chat, Sparking the Revival of Party Games.

Influenced by the stay-at-home economy worldwide, this year has seen an unexpected explosive growth of party games.

In August, Fall Guys: Ultimate Knockout exploded in popularity with over 1.5 million players in its first 24 hours and 2 million copies sold on Steam in its first week. The game generated 23 million viewing hours on Twitch in a single week. Following Fall Guys, another party game, namely Among Us, started to gain popularity. Up to now, Among Us has amassed over 40 million viewing hours and become the most-viewed video game on the platform. In August, the game’s peak players on Steam increased tenfold and the number of its daily active players is over 60 million. On mobile platforms, Among Us topped the download charts in Apple’s App Store in 63 countries, ranking among top 10 in over 180 countries.

1. Mega-hit Among Us boosts the popularity of party games

Among Us has been leading the Steam weekly sales chart for weeks. It is also the most popular game live broadcast on YouTube. This indie game was created two years ago. Through influencer marketing via live broadcast in countries including Korea, Brazil, England and America, Among Us marks the beginning of the global revival of party games.

Online party games skyrocketed in popularity in 2018. Multiplayer deduction games such as Werewolf games and script games received considerable attention. Similar to Werewolf games in tactics and style, Among Us is known as Space Werewolf or Space Kill to Chinese players. Unlike werewolf games, however, Among Us requires players to participate the game the whole time. It has more roles and focuses more on logic and strategy, which means it is more exciting and brain-mangling than Werewolf games.

After a death of a crew member is reported, players can talk and vote. All players discuss and debate who they think the imposter is with their best logic and acting skills.  If voted off, the player cannot chat with others, but he or she will still be in the game to repair or sabotage the ship.

Among Us is not a turn-based game. During the game, completing tasks, chatting and voting take place alternately. There is no regular chatting session and things happen randomly. Compared to Werewolf games, Among Us offers different types of small tasks for players to complete when they are not chatting. These tasks are easy and they serve as a complementary part for the intense chatting and voting sessions, which enables players to reason logically and relax themselves at the same time.

Because of those small tasks, Among Us players are not likely to go AFK or be distracted. It is noticeable that Space Werewolf which is set in a spaceship takes each player’s experience into consideration. The design of adding small tasks into the game can provide players with an immersive gaming experience.

Be it a Werewolf game, script game or Space Werewolf game, the progress of the game totally relies on the online real-time communication among players. Compared to instant messaging, real-time voice chat provides better experience for gamers.

Voice chat is the most efficient way to communicate without holding back gaming progress.

Real-time voice chat with low latency ensures the fast exchange of information among players, achieving the highest communication efficiency. While using instant messaging, players need to type and read the texts, which is time-consuming and therefore will affect the rhythm and progress of the game.

When chatting with each other, players can base their judgments on the changes of other people’s tones and pitches, which makes the online interaction more realistic. In a beginner round or stranger round, a highly logical speech can lead players to consider the plot more seriously, and therefore players are not likely to vote randomly or vote without thinking. They will immerse themselves in the game.

For instance, if voted off, the player can not communicate with others in Among Us. While using a third-party voice chat tool, the player can still speak and may reveal key information.

Depending on the sophisticated audio and video technologies that we developed on our own, ZEGOCLOUD provides an in-game voice chat solution which can easily embed HD voice into games with only four lines of code to access.

Ultra-Low Latency: With global 200+BGP nodes, ZEGOCLOUD provides 100ms ultra low latency for in-game voice chat. We support real-time audio and video interaction of up to 32 channels and ensure the smooth interaction with low latency among multiple users, meeting the needs for chat-based interaction among gamers in party games.

Excellent Timbre: Relying on our extraordinary self-developed audio and video engine and 3A audio pre-processing technology, ZEGOCLOUD’s voice chat solution offers a double-talk interaction and a clear and pure timbre. Meanwhile, we also provide various sound and pitch shifting effects, including Loli and robot voice effects. Different sound effects can be turned on at the same time, which makes the game more interesting.

Low Performance Consumption: Having developed audio and video technologies for 19 years, ZEGOCLOUD is a global leader in signal processing algorithms, including the encoding and decoding of audio and video files. We provide lightweight integration architecture to optimize the size of installation packages, ensuring the low occupancy, low power consumption and low temperature of CPUs.

Fast Room Switching: The Switch Room function can be called easily in a single interface and it supports multiple audio equipment. With room switching, the time of stream publishing and playing can be shortened, and therefore players can switch room quickly. After switching, the microphone and speaker continue to work and the voice chat will not be interrupted.

After serving several clients that develop party games, including Werewolf and Who am I, ZEGOCLOUD has accumulated extensive experience. In addition to all-round in-game voice chat competence, we also provide plans and designs that suit different scenarios.

Based on the in-game voice chat solution, anti-peaking and anti-hacking solutions are also provided. These solutions can prevent certain gamers from exploiting tag-on service or bugs to scramble for seat or connect mic deliberately and also from making malicious remarks in the game, and therefore the gaming process and order can be maintained.

Party games are social interactive products and therefore content censoring is needed in these games to eliminate operating risks. Cooperating with content recognition service provider Nextdata, ZEGOCLOUD offers both audio interaction and content censoring service to provide our clients with a safe business environment and a stable online operation.

As an audio and video cloud service provider, ZEGOCLOUD is committed to helping more party game-developing clients with our quality real-time audio and video technologies and our extensive service experience. We will facilitate the creation and landing of the products developed by our clients to bring gamers more gaming tactics and entertainment to enrich their lives.