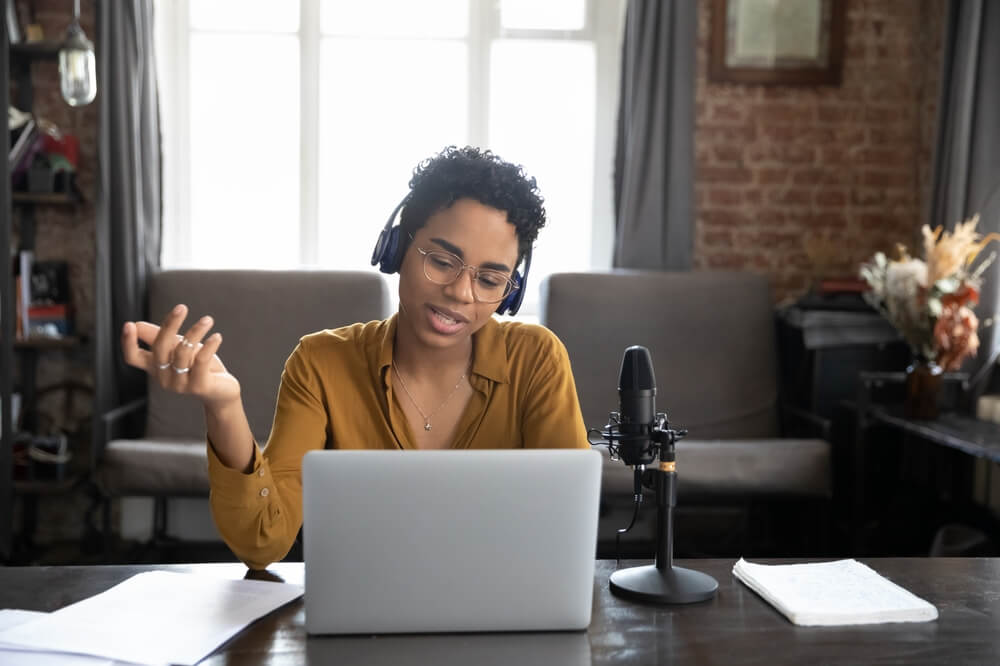 Different scenarios have different requirements for the real-time voice system, and the direction of optimization has its own characteristics. The specific implementation process is to select the most appropriate solution and algorithm in each step according to the scene, and sometimes requires the cooperation of hardware.

The following are the optimization features and directions in different scenarios:

The accompaniment needs to be mixed with the host’s voice, the lyrics need to be displayed synchronously with the music, the sound effects and sound quality of the entire scene should be good, and the delay between the host and the accompaniment should be low.

Then the targeted optimization plan for this scene is to support accompaniment playback, singing and mixing in the pre-processing stage, and synchronize lyrics transmission through SEI technology. We choose low-grade noise reduction, while supporting the function of tone change and sound effect support.

The core requirement of a common language chat room is clear voice and low performance consumption. At the same time, it needs to support background music playback, voice change, sound mixing, and some business logic cooperation.

We need to support background music playback, volume change, and sound effect support in the pre-processing stage. Radical noise reduction will be turned on to ensure human voice. You can also use the call volume on the mobile terminal to eliminate echo. In the encoding stage, the sampling rate and code rate are appropriately reduced to ensure transmission.

In some scenarios, the people in the chat room may frequently get on and off the microphone. At this time, if someone keeps entering and leaving the room, the sound may be swallowed. Then we can keep everyone in the room pushing and pulling, but not The speaker uses silent playback to realize a virtual loading and unloading scene to ensure the quality of the language chat room.

In addition, we also need to provide some permission control for Maiwei management, such as function support like kicking people, to better support this scene.

Before talking about the live game audio, let’s talk about the principle of echo cancellation.

The core requirement of the live game audio is echo cancellation

In the case of a single talker, echo cancellation is relatively easy, and a more aggressive processing strategy can be adopted. If we can determine that the single talker has a high probability, we can directly kill all the voice signals, and appropriate filling of comfortable noise is enough.

Dual talk is a scene where multiple parties are talking at the same time. The voices collected from the microphone at the two ends will be mixed together. At this time, echo cancellation is more difficult. On the one hand, it is necessary to protect the near-end voice signal from being damaged, and on the other hand, it is necessary to eliminate echo as much as possible.

In this case, some more radical strategies can be adopted, such as killing the far-end echo and the near-end voice together, and then appropriately filling in the comfort noise.

As we mentioned above, the core requirement of live game audio is to eliminate noise, and to ensure the clarity of the human voice, low latency, low performance consumption, low bandwidth, and support for the framework of game development.

In educational scenarios, such as 1v1 small class, its core requirement is that the human voice must be clear. In addition:

The targeted optimization solution is that in the pre-processing stage, the mobile terminal uses the system volume to eliminate echo, the PC terminal uses a radical echo cancellation strategy, we support the function of media playback and mixing, and appropriately increase the speech volume through AGC.

In the encoding stage, we appropriately reduced the code rate and sampling rate, and also did some fool-proof processing, such as equipment detection, multi-device priority selection, troubleshooting of faulty equipment, and so on.

The core requirements of the music sparring scene are high sound quality requirements, support for accompaniment playback, and a certain fool-proof design.

The targeted optimization plan is that we support accompaniment mixing in the pre-processing stage, and try to ensure the sound quality in the encoding stage, through the sampling rate of 48khz or higher.

We generally recommend a bit rate of 192 or more for encoding, and dual-channel support is required. The accompaniment needs to be displayed simultaneously during playback. Under appropriate circumstances, if the sound quality is to be maintained, a little video quality may be sacrificed.

In addition, in some scenarios, there is another very important point: the quality of the mobile phone or the hardware itself should be high.

For smart devices, first of all, the power consumption must be low, and the network environment in which they are located will not be very good, so the network anti-shake requirements are higher, and may need to support voice recognition at the same time. We also provide signaling channel support.

IOT devices or VR devices, their platforms are also different, we also need to provide multi-platform support, such as some embedded platforms, Android platforms, and try to use hardware codec.

In addition, the bit rate of the device is relatively high. In order to reduce power consumption, we targeted VAD to detect mute in the pre-processing stage to reduce coding consumption.

The development and progress of the Internet of Things brings more scenarios, and real-time voice applications will also have more possibilities. 5G is constantly developing and will fall to us in recent years. It has brought a better transmission network, and the quality of real-time voice is expected to be further improved.